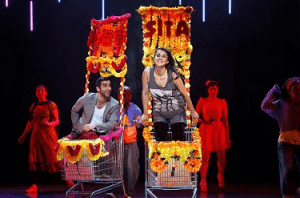 Inspired by the world of the Mujra dancers who for generations have entertained the rich and powerful with a spellbinding mix of dance and song. Wah! Wah! Girls tells a passionate and playful story of love against the odds. Set against the vibrant background of the East End in 2012, these unstoppable girls uncover deep secrets and create unexpected dreams.

Featuring stunning dance sequences, set to a mix of classic Bollywood tracks and new music, Wah! Wah! Girls is a feast for the senses that draws audiences into the world of the modern British-Asian community.